We're now capturing and extracting when vessels are advertised to be:

We also identify and consolidate loads of wording variations, to enable you to compare, and filter by, whether vessels are marketed with any of these important attributes: 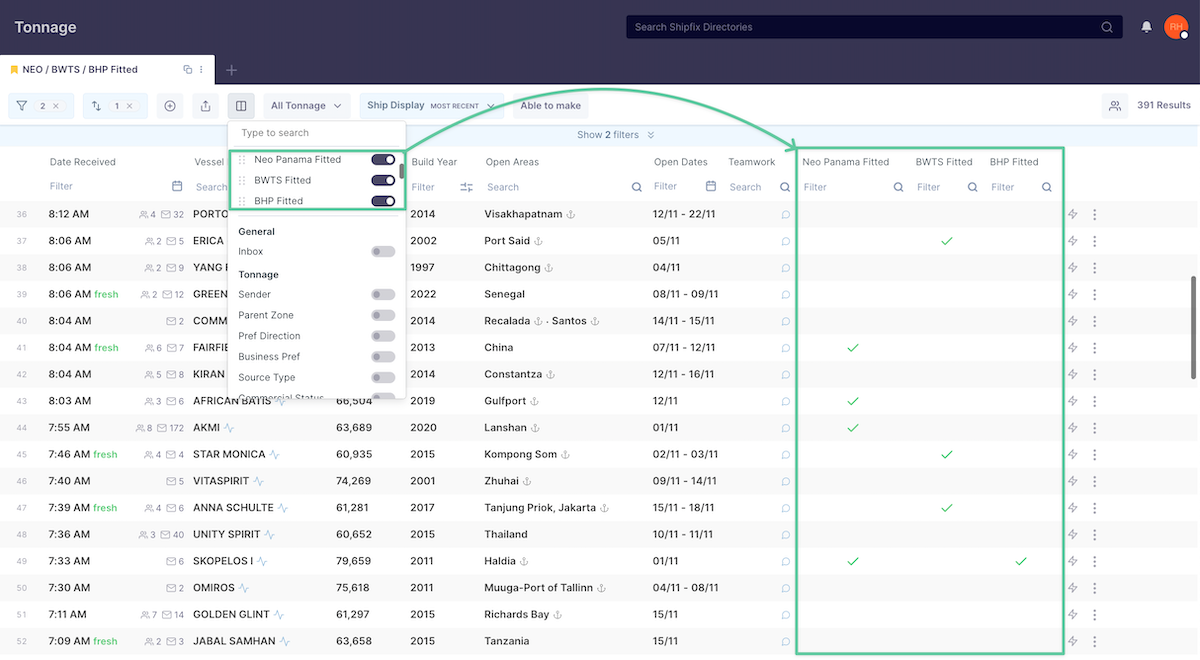 You asked, we listened and delivered ⚡️

How? When Cargo circulations reference words like: 'parcelling', 'part cargo', 'combination cargo' or any other variation of language, we label them as 'Combi Cargo'

If you do parcelling, this filter will save you hours.

Tip: Try tagging 🏷 cargoes to build a view of combined cargoes for a vessel 😉

Tolerance days in Able to Make

Some users have requested to have tolerance days when setting ETA Dates within the Able to Make feature of the Tonnage screens. Just a week later we're proud to have released it, to help you find the best candidates ✨

Set your tolerance days to show vessels that may be willing to wait or speed up to make the required area & lay-can, and visualise vessels that will arrive Early, On Time, or Late based on the speed you have selected.

You can now edit the Weather Adjustment intuitively in two key areas: 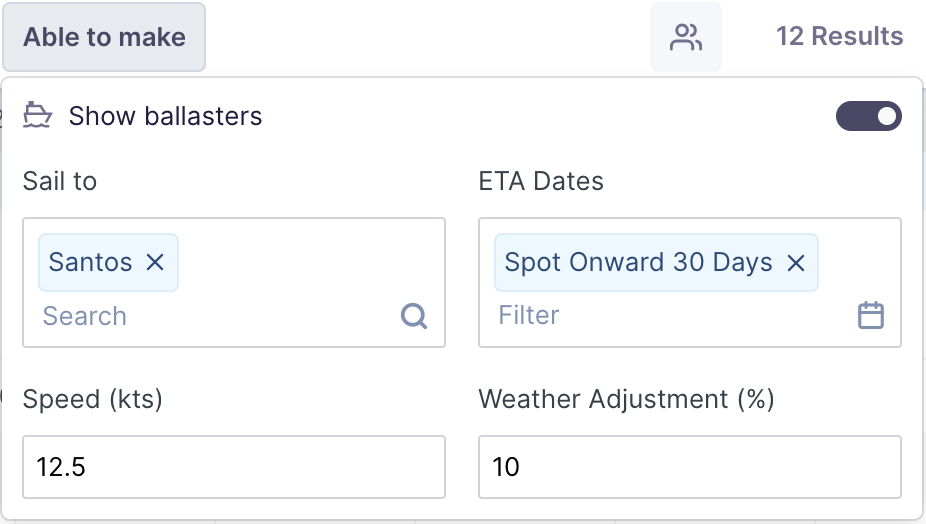 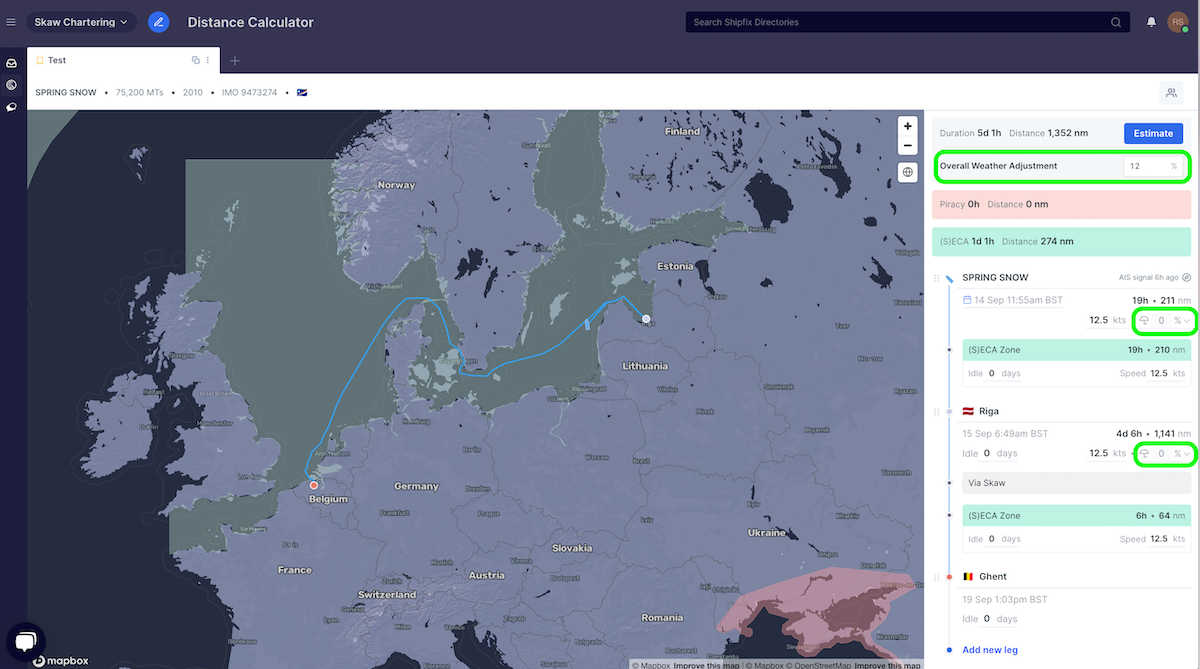 Many of you wanted to export large lists from our Maps to share them internally or with your clients... it's now live! 💡

From our Maps, you can now export up to 1,000 vessels or orders in one go and structure your columns and parameters for your export 💪 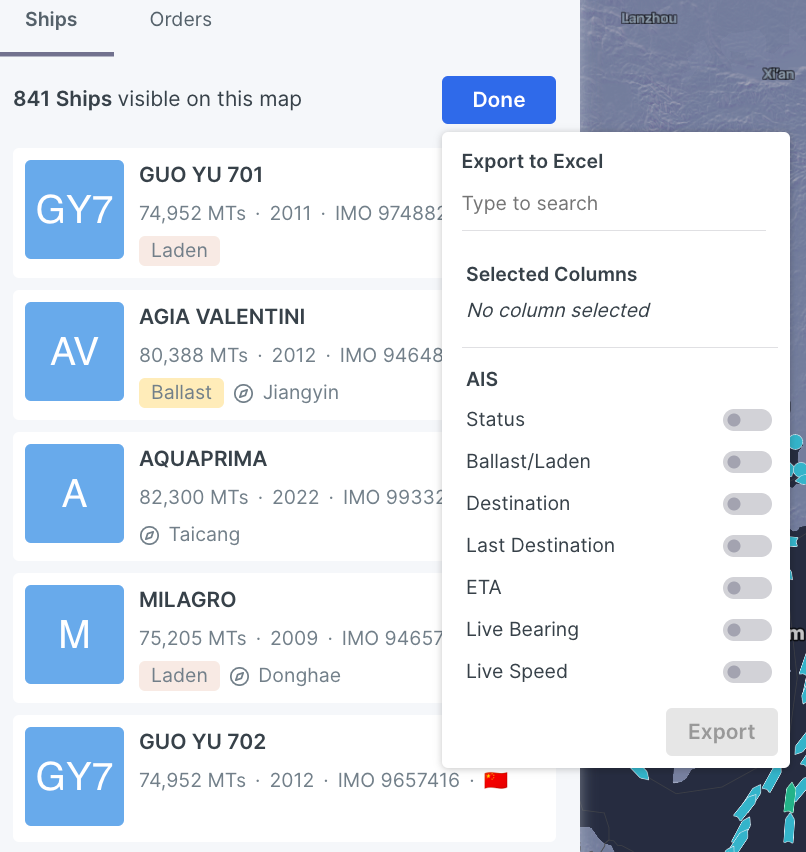 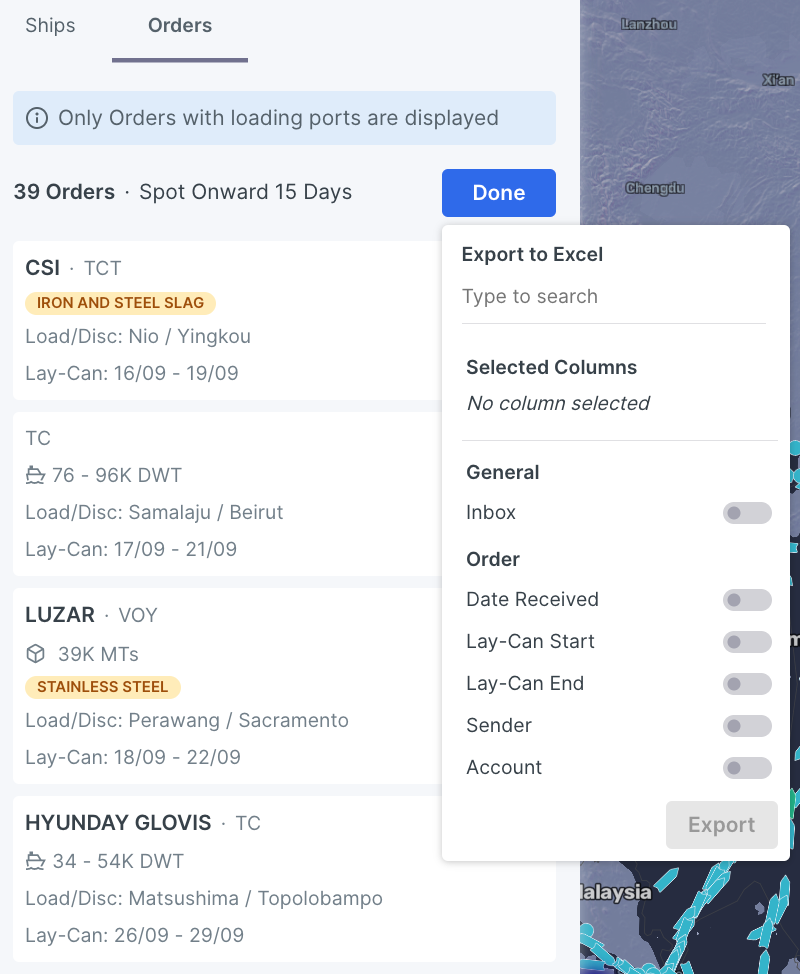 View All your emails in one place

Go to All emails in Shipfix Mail to display every email in your Shipfix universe and across all connected mailboxes: Sent, Received, Archived, Snoozed - the whole lot!

As there's no limit to email storage on Shipfix, this is a great place to 'quick search' (or use our smart filters) to find whatever you're after, wherever it is, however far back it may be 🔍 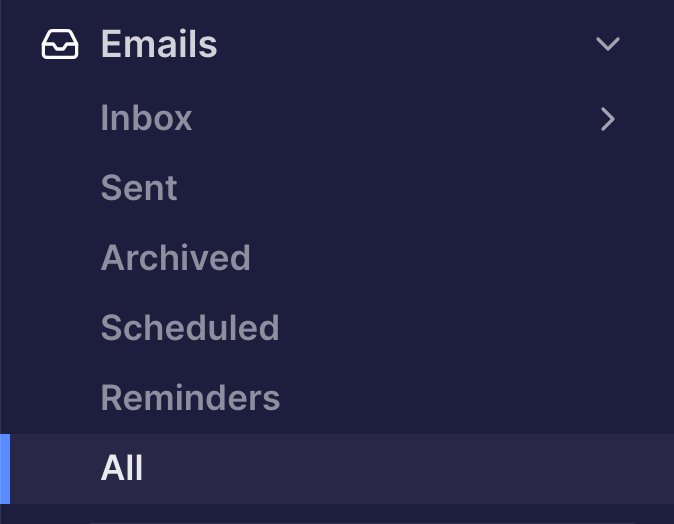 We're now extracting and displaying the Cargo Size (MTs) variants in the Orders screen, both when extracted from emails, or added via the platform's "white box".

For example, a cargo of 60,000/10 is now displayed as 54,000-66,000 MTs, rather than 60,000 MTs. In practice this means that your Cargo Size filters will capture more cargoes that would previously have not displayed for a better coverage of potentially suitable cargoes for your vessel 💰

All shortcuts are now listed here with fresh additions in bold: